I am Evelyn Zachery, a Tuskegee University alumnus and 2013 graduate of the Policy Institute for Civic Leaders.  In addition, I am an experienced community organizer who thrives in challenging environments.  During my career, I have worked with many progressive organizations from ProGeorgia to Georgia Stand-Up as a political organizer and activist to help improve […]

Greetings! My name is Dominique Briggins and I am a senior at Clark Atlanta University, majoring in Sociology. I am from Teaneck, New Jersey but I now live in Atlanta, Georgia. I love to shop and talk, but one interesting thing about me is that I am a giver. I also love to play volleyball […]

My name is Dominic Wells I’m from Jacksonville Florida I am a graduating Sr. attending Clark Atlanta University studying criminal Justice. I also am a part of our football team along with SAAC (Student Athlete Advisory Committee). While in Jacksonville my Jr. and Sr. years I volunteered with the Director of Juvenile Justice for our […]

Dante A. Whittaker Jr., 22 years old, received his Bachelor’s degree in both Political Science and History.  In undergraduate, he was   of organizations such as the NAACP, Black Student Union, and the Young Democrats of America.  After graduating, Dante worked for several political campaigns including State Representative Earl Hilliard Jr.  He continued his community work […]

Tiffany Hendricks was born in Brooklyn, NY and raised by Jamaican parents in South Florida. In 2010 she graduated with a Bachelor’s in Political Science with a concentration in International Relations from the University of Florida.  Upon graduation she entered Teach for America where her passion for social justice issues were ignited.  Her experience as […]

Pablo Terraza is a twenty five-year old student currently majoring in Public Administration and Non-Profit Management at Florida International University. . He was born in Guatemala and moved to Florida when he was 11 years old. Throughout high school and college he was exposed to the importance of community outreach and volunteer service. Prior to […]

Nicolas Wulff is a twenty-two year old student organizer currently attending Florida International University majoring in Political Science and Minoring in Economics. He is interested in social justice and political organizations because of the work and change that comes along with them. He was first exposed to this “world” while attending Miami Dade College where […]

“It is our duty to fight for our freedom. It is our duty to win. We must love each and protect each other. We have nothing to lose but our chains.”- Assata Shakur Maria Alejandra Moscoso recently graduated from The Honors College within Miami Dade College and will be transferring to Smith College this upcoming […]

Katriñe Arnedo was raised in Boulder, Colorado and relocated to Miami in 2010 to pursue a dual degree in International Studies and Political Science at the University of Miami. She is a sister of Delta Delta Delta, Membership Coordinator of UM Young and College Democrats, Philanthropy Co-Chair of the Greek Week Executive Board, student liaison […]

Join the coalition of students, individuals and organizations that are expressing their support for Nissan workers.

Nissan workers want to have a voice, and you can be a voice for them too. Sign our petition (updated!) and hear what some of our student leaders have to say.

Text JUSTICE to 738674 to
sign up for text messaging.
(Message and Data Rates May Apply) 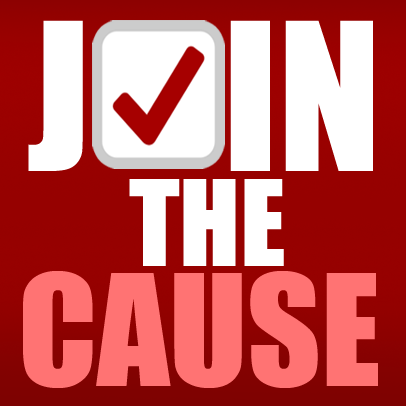